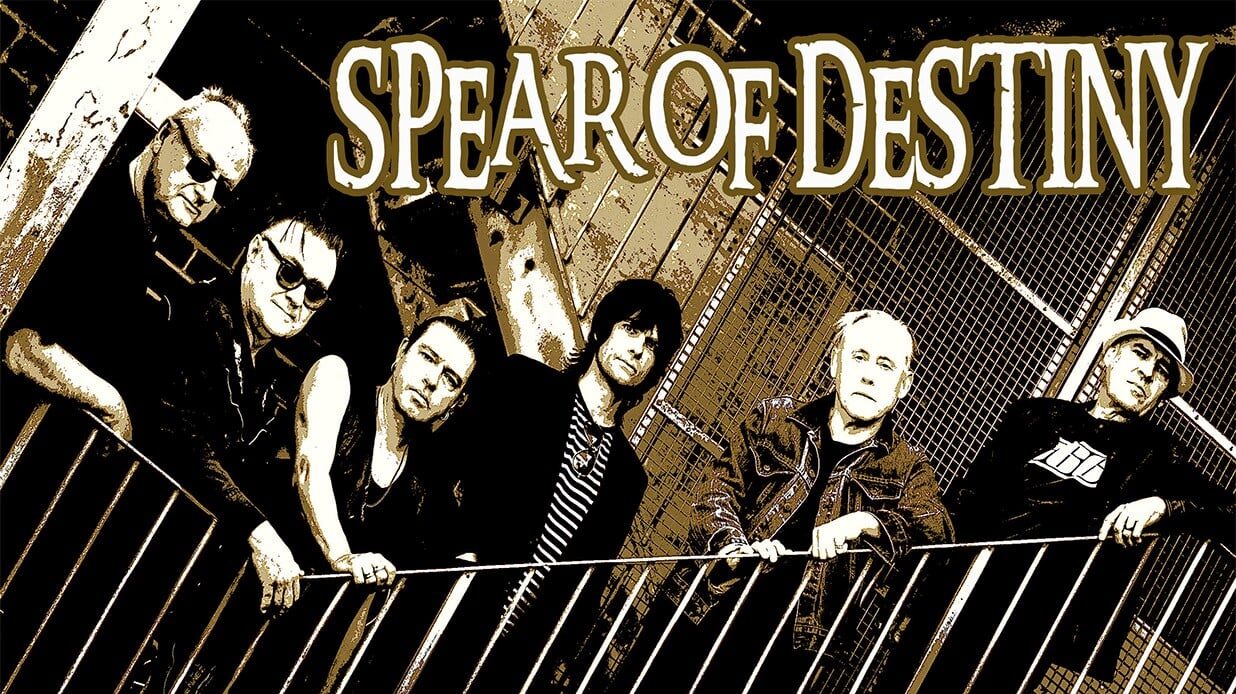 Hard to believe we know but it is true, Kirk Brandon has now been leading SPEAR OF DESTINY for over 39 years.

SPEAR OF DESTINY were formed in 1983 after the demise of Kirk Brandon’s post punk iconic rockers THEATRE OF HATE. (Brandon had also, before TOH, been the main man in every punk rockers favourite band of that era The Pack)

The current line up of Spear is the longest serving to date and features Adrian Portas (New Model Army / Sex Gang Children), Craig Adams (Sisters of Mercy / The Cult / The Mission) and Phil Martini (Jim Jones and the Righteous Mind) on drums. During 2019 the line up was boasted by Saxophonist Clive Osborne. Long time Brandon collaborator Steve Allen-Jones completes the band line up on keyboards for 2022.

Over the past year Brandon has penned 14 brand new tracks for SOD and these songs will form Spear of Destiny’s 15th Studio LP release entitled ‘Ghost Population’. These brand new recordings will be released across the world on Monday 31st October 2022 via Brandon’s own Easter Snow recording Company.