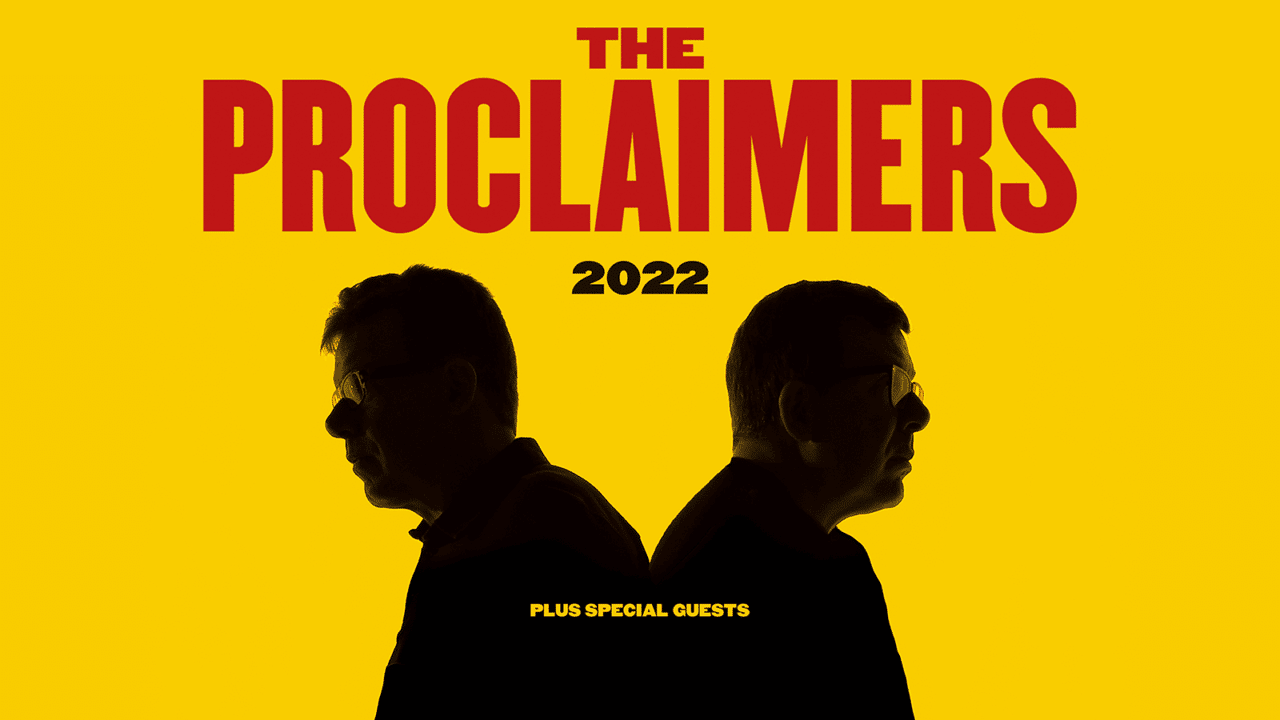 The Proclaimers with support from John Bramwell

2022 will see The Proclaimers heading into the recording studio to record their 12th studio album, followed by festival appearances in the summer and a 35-date UK & Ireland tour from October to December.

Strikingly individual, twin brothers Craig and Charlie Reid emerged 35 years ago with their debut album This Is The Story and Top 3 single Letter from America. Since then, their enduring appeal across generations has have over the years seen them enjoy huge success across the globe.

The Proclaimers songs are timeless, capturing a gamut of human emotions, written with poignancy, emotional honesty, political fire, and wit. Their songs feature at weddings, funerals and everything in-between and there is one song, an early celebration of falling head over heels in love that is known the world over and has become a staggering global anthem.