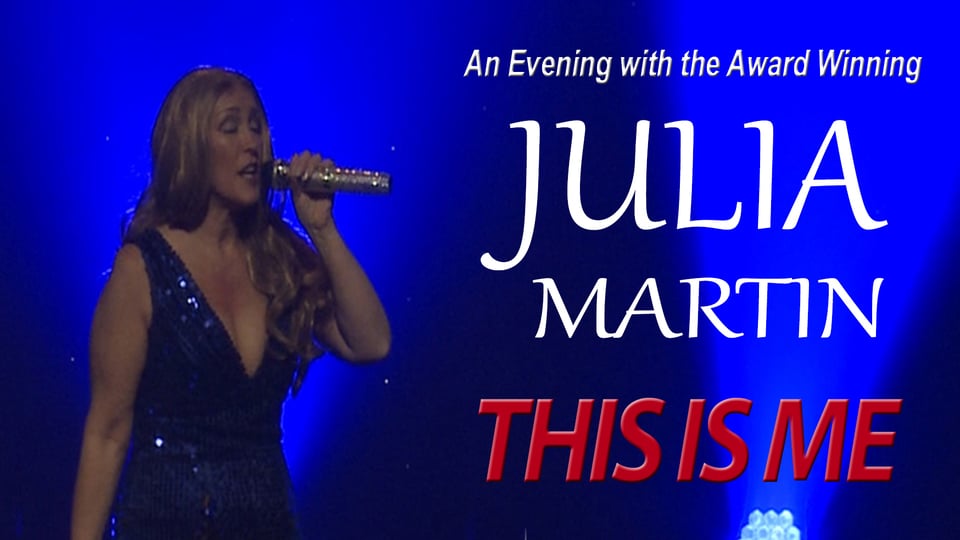 Julia Martin – This Is Me

Having spent 26 years travelling the globe entertaining for Heads of State, Cruise Companies, Celebrities, and Leading Hotels of the World, with award-winning tribute shows to Shirley Bassey, Celine Dion, Dolly Parton, and Tina Turner, Julia Martin is now touring UK theatres with her sensational new show ‘This Is Me’.
The show has been described by Sky Televisions Cruising with the Stars as ‘One of the most brilliant shows that they had ever seen’, and by the BBC as ‘Simply Outstanding’. Theatre audiences have described the show as funny, thoroughly entertaining, and totally
mesmerising, especially in the way that Julia effortlessly switches between characters.
‘This Is Me’ not only delivers wonderful stories and humorous renditions from Julia’s travels, but also captures the incredible stage presence, power ballads, mannerisms, and magnetism
of some of the world’s most remarkable diva’s, delivered in a spectacular evening of entertainment, that definitely should not be missed. Julia makes this show her own, with her on-stage presence, amazing vocals, meticulous attention to detail, and her ability to truly entertain an audience. Depending on theatre size the show can be enhanced by a baby grand piano, musicians, backing singers, virtual band, and a spectacular moving-head light display. A large video screen not only helps tell the story of the raise to fame and stardom of some of the world’s greatest Diva’s, but also allows Julia to recreate and perform virtual duets live on stage with singing legends from past and present.
So, sit back and allow yourself to be taken on an astonishing musical journey which includes songs from West End Musicals, Billie Holiday, Ella Fitzgerald, Adele, Shirley Bassey, Celine Dion, Barbra Streisand, Whitney Houston, Dolly Parton, Dusty Springfield, Tina Turner, and many more iconic legends.