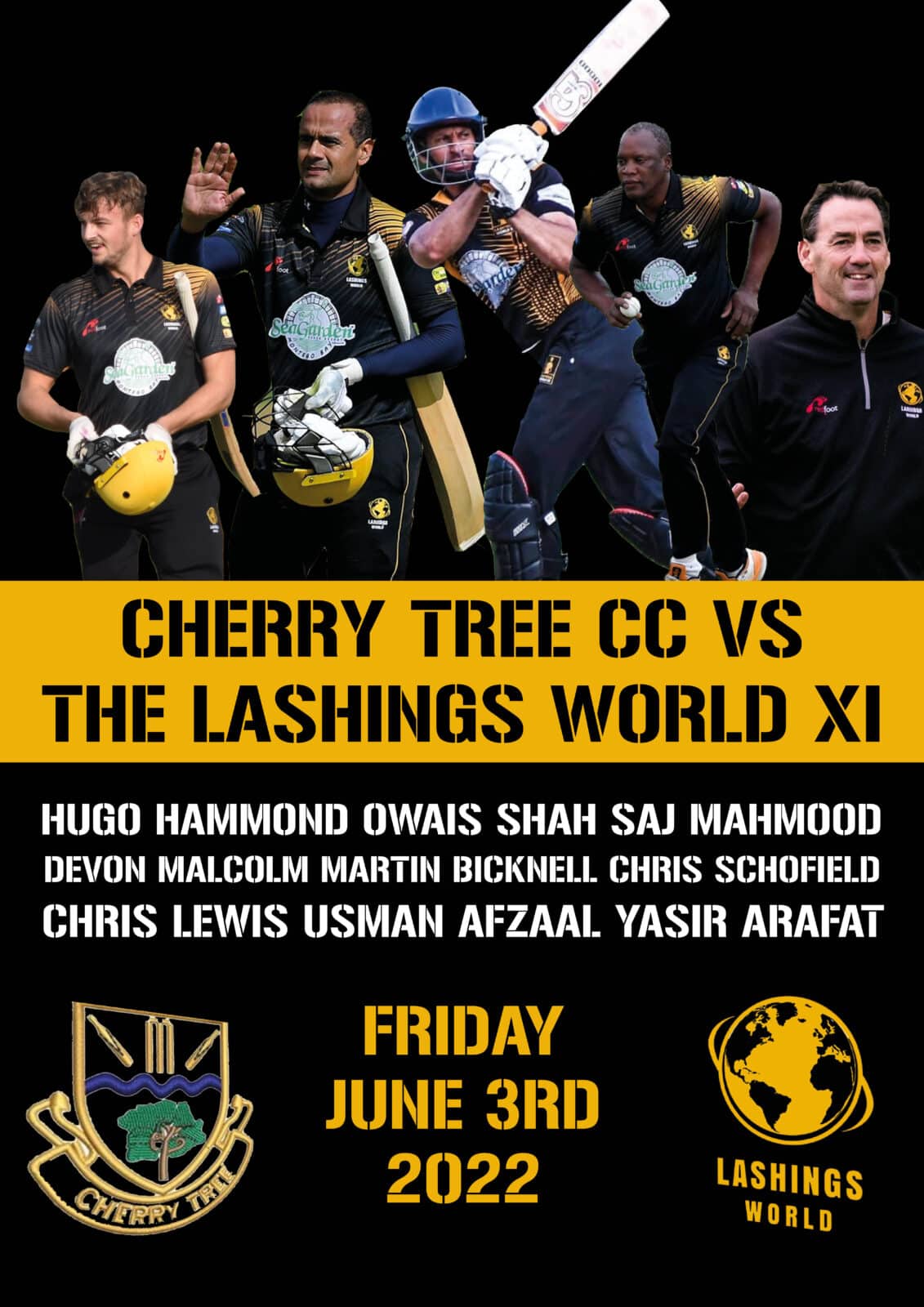 The Harlem Globetrotters of cricket are coming to Cherry Tree Cricket Club on Friday 3rd June to play a select team in a T20. A team full of international cricketers from around the world will come to Blackburn for the biggest gathering of world cricketers ever in the town. The inimitable Henry Blofeld will host and commentate on the game and Sir Gordon Greenidge – one of the greatest ever opening batters – will be there to welcome evryone.  The Lashings World Xi team is:

Up and coming star with West Indies B, who represents Trinbago Knight Riders in the 2021 Caribbean League.

A man with over 16,000 First Class runs to his name. He was a prolific middle order batsman who represented England on 94 occasions across all free formats of the game.

Former Bangladesh captain, with 6 test match hundreds and over 200 international appearances to his name

Pakistan International, global T20 specialist and one of the greatest death bowlers of all time

Former England all rounder at Test and One Day International level, a World Cup finalist in 1992

Former Surrey, Sussex and England batsman. One of only six men to score a century in the Nat West Trophy final at Lords