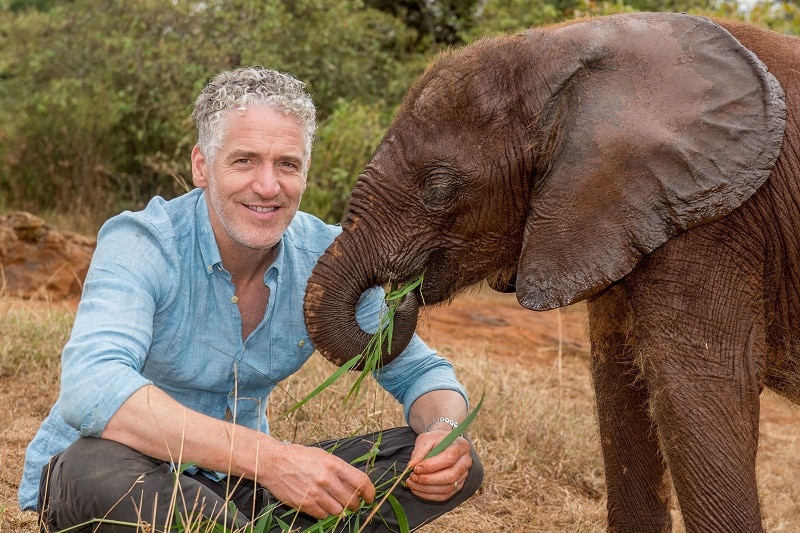 Gordon Buchanan, who will be presenting Equator From The Air on BBC 2 from Sunday 26th May, will be touring the UK from 27th October 2019.

The highly acclaimed television wildlife cameraman and presenter will share an insight into his incredible 25 year career filming some of the world’s most fearsome and majestic animals. Gordon is bringing his show to King George’s Hall on Tuesday 5th November.

This unique evening promises to entertain as he shares personal recollections of his globetrotting travels accompanied by his own film footage and photography whilst offering audience members an opportunity to put forward any questions they may have about his world of weird, wild and wonderful wildlife. With a reputation for relishing dangerous and tough assignments, his tales of challenging expeditions make for a special evening not to be missed.

Gordon’s newest TV series Equator From The Air will be on BBC2 from Sunday 26th May. In this new series Gordon explores habitats around the Equator from the air, using helicopters, light aircraft, drones and satellite sensing, to examine the environmental challenges facing the animals that live in these environments. Gordon has continued to be a familiar face on our TV screens as the wildlife television personality best known for his work on the ‘Animal Family and Me’ series. These popular BBC programmes have seen him getting up close with Elephants, Snow Wolves, Bears, Gorillas, Polar Bears and more recently with Reindeers in ‘Reindeer Family and Me’, the latest addition which was screened over Christmas. Earlier this year his show ‘Animals with Cameras’ was met with critical acclaim as he offered a new perspective of life in the wild by placing cameras on a variety of animal resulting in some extraordinary footage.

Gordon has presented a long list of other popular BBC nature documentaries including Life in the Snow’ ‘Life in Polar Bear Land’, Tribes, Predators and Me’, ‘Winterwatch’, ‘The Lost Land’ series ‘Wild Burma’ as well as appearing on ‘Planet Earth 2’ with Sir David Attenborough’. He has also embarked on more mainstream entertainment projects such as ‘Super Cute Furry Animals’ and ‘Into the Wild with Gordon Buchanan’ taking celebrities Alastair Campbell, Dermot O’Leary, Ed Byrne, John Simpson and Sara Cox all around the UK exploring Britain’s beautiful wildlife.

Hailing from the Isle of Mull in Western Scotland, Gordon’s passion for raising awareness of the world’s most endangered species & habitats has led to expeditions around the globe to places as diverse as South America, Asia, Africa, Papua New Guinea, Russia and Alaska. Gordon has contributed to award winning BBC, Discovery and National Geographic wildlife series and documentaries. He has also received a Royal Television Award for his work on ‘Bear Family And Me’.

”I can’t wait to meet wildlife lovers around UK and share insights into the amazing creatures that we share our planet with.” Gordon Buchanan