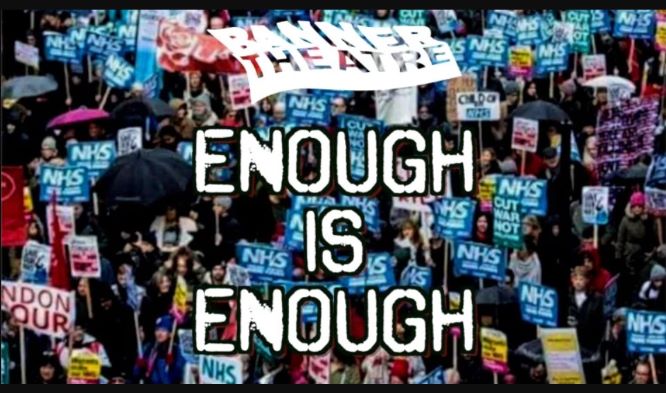 Banner Theatre is a socialist theatre company based in Birmingham. Formed in 1973 it is one of the few companies from the radical community theatre movement of the 1960s-1970s still creating and performing work in partnership with Britain’s Trade Unionists and working class and disenfranchised communities.

The company describes its current productions as ‘video ballads’, a form which, while retaining the essential elements of the early “Radio Ballad” form, builds upon both creative and technological advances.  Still retaining a strong “folk” sensibility, the songs and musical elements in Banner’s productions are central to their aesthetics. Many of them are written from the perspective of the characters seen in video ‘actuality’, and the material constantly relates to an archive of interviews with people with “actual” experience of the issues being examined.