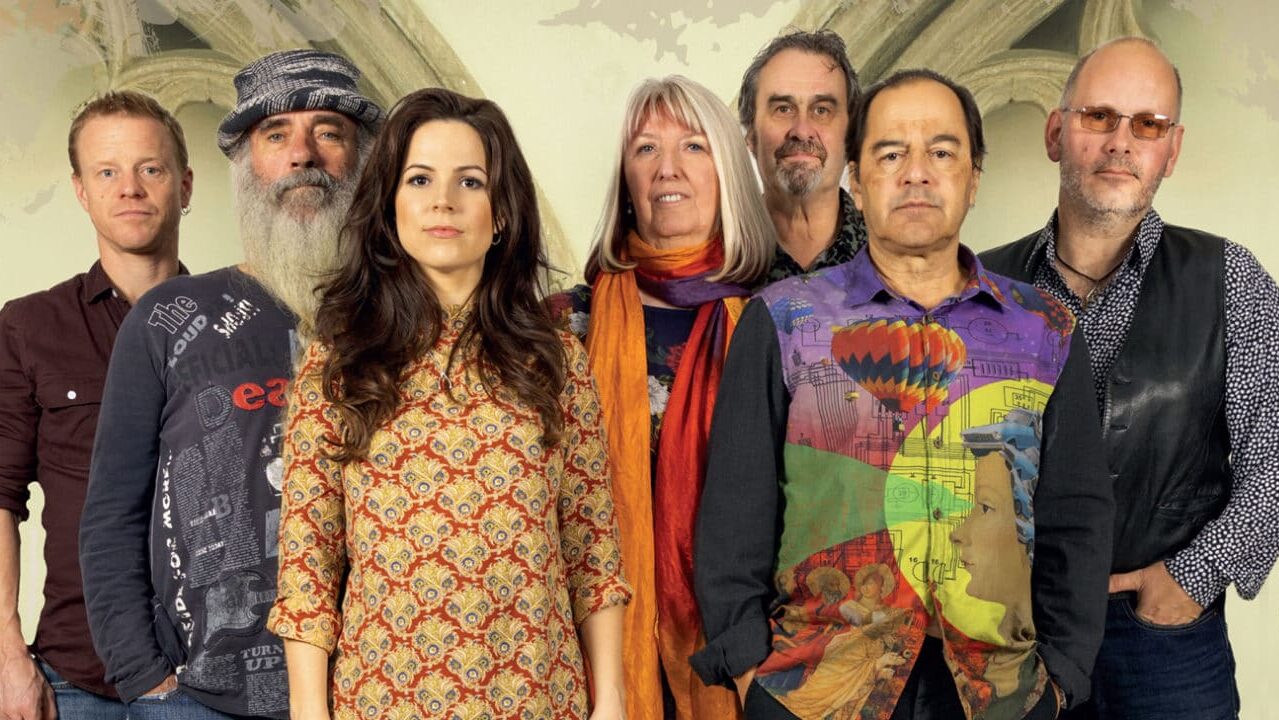 It’s been almost 50 years since Steeleye Span first performed at Blackburn’s King George’s Hall in September 1973! Now they are back to celebrate their 50th anniversary with a brand new tour which comes to Blackburn on Monday 10th October 2022.

The early 1970s would prove to be the start of a vintage period for music and the beginning of an era that would change the world.

For Steeleye Span – as the previous decade had drawn to a close – it would see them established as a major creative force. By the end of 1971 they had not only released their classic debut Hark The Village Wait but three follow ups – “Please To See The King” and “Ten Man Mop”  Finishing with “Below the Salt”, which they will be playing in their entirety in the first set.- launching one of the most enduring stories in the folk world and beyond. Pioneers of folk-rock, Steeleye Span changed the face of folk music forever, taking it out of small clubs and into the world of gold discs and international tours. Five decades on and the band, led as ever by the iconic vocals of Maddy Prior and a line-up featuring some of the most skilled musicians on the UK music scene, celebrate fifty years of these famous albums, playing key tracks from all three as well as favourites and gems from their long and glittering career.

“Don’t miss them…” – The Independent

Maddy Prior is a true legend of folk and popular music. Her voice swooping and soaring in harmony and melody.  Her voice is still remarkable.  It is hard to think how Steeleye will survive without her at the helm when she eventually does decide to hang up her hat (the one with the green willow around it).  But let us bask in her glory, she still dances infectiously to the jigs, as happy in the moment as she has ever been.

Sitting at the back with his long beard looking every inch the hippy figure is Liam Genockey on drums.  Liam uses his kit to create sounds and atmospheres which are far more than hitting a stick against a skin.  He utilises the metallic edges, the case – any part of the drum kit he thinks can add a particular moment to a song.  His playing is very subtle and always beautiful

Julian Littman has been a part of the band since 2011 and has a huge pedigree of playing with some top-rated artists including David Bowie.   He is a bit of a jack of all trades being an actor, singer, musician, song writer – you name it he does it.  Julian plays guitars, keyboards, and vocals.

Another now seasoned member of the band is Andrew ‘Spud’ Sinclair.  Playing superb guitar and impressive on vocals too, he clearly is an excellent fit.

Roger Carey has had a long association with the band – having formed a duo with fiddle player Peter Knight in the 1980s and played alongside drummer Liam Genockey on numerous occasions.

Last but certainly not least, Violeta Vicci, a virtuoso violinist, who skilfully steps in when Jesse Mae Smart is unable to tour.

When you come to a Steeleye Span show you can expect to hear many of the familiar classics next to gems both old and new, all delivered with a burning passion and unrivalled experience.

Blackburn Life has been running as a voluntary venture to support the borough and its community. We are always happy to discuss advertising and promotional packages for businesses to help cover our costs of running Blackburn Life.

Blackburn Life will never charge you fees, levies or memberships to add your events, news, jobs and business listings.

Blackburn Life’s Big Christmas Giveaway is back from 1st December 2022. Check out our social media pages and website for some amazing prizes.

PrevPreviousCinderella Stars add some extra sparkle for shoppers as they launch Empire’s panto
NextBGT semi-finalist, Titan the Robot, coming to The Mall!Next
Extra Reading for You

Big Christmas Giveaway is back for 2022