Official proclamations to mark the accession of the new monarch King Charles III will take place in Blackburn & Darwen on Sunday 11 September 2022.

The national proclamation will take place at St James’s Palace in London at 11am on Saturday, 10 September in front of a ceremonial body known as the Accession Council.

The following day, a Lancashire proclamation will take place on the steps of the Harris Museum in Preston at 1pm.

Attended by civic dignitaries such as mayors and mayoresses from across the county, the High Sheriff of Lancashire will proclaim the king’s name and his accession.

Then later on Sunday afternoon, two local proclamation events, which are open to anyone, will take place in:

At these short events, the Mayor of Blackburn with Darwen, Councillor Suleman Khonat, will read The Proclamation of the Accession.

At the end of the Proclamation, the Mayor and everyone in attendance will say ‘God Save The King’, and a verse of the National Anthem will be sung/played.

To keep everyone safe at the local Proclamation of King Charles III events , road closures will be in place in both Blackburn and Darwen town centres.

These roads will be affected: Croft Street, Parliament Street and Church Street.

Blackburn Life has been running as a voluntary venture to support the borough and its community. We are always happy to discuss advertising and promotional packages for businesses to help cover our costs of running Blackburn Life.

Blackburn Life will never charge you fees, levies or memberships to add your events, news, jobs and business listings. 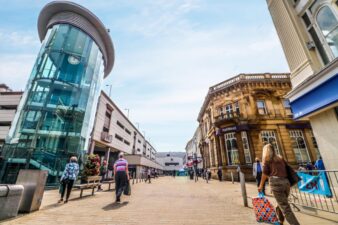 Here’s How to Get a No-Strings Attached £10 Gift Voucher from Turtle Bay!

Philip North Named as Next Bishop of Blackburn